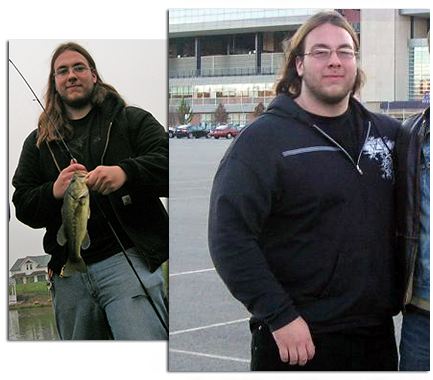 -I was struggling with crippling social anxiety and depression

-I had absolutely no social life, swore I wouldn’t be caught dead in a bar or club, and stayed home alone on weekends

-I knew I was a good person at heart but I was lonely, miserable, and hopeless

I learned that life is not fair and it does not feel sorry for you.  Nobody is going to tell you that you need to make a massive change or you will live a terrible quality life.  You have to take action to save yourself.  No excuses!

In late 2007 I stumbled into the dating science community. I read about guys who were hopeless and introverted like me that completely transformed themselves into masters at attracting women. They did it without money or fame. They did it by developing specific skills and working hard on themselves.

All my life I grew up to believe you were cool or you were not. You were good looking or you were not. Girls liked you or they did not. Up to this point I believed there was no changing that I was doomed to be fat, uncool, and invisible to women. Once I found out that any man could transform himself completely from the inside out, and that attracting women was a learnable skill, I devoted my entire life to becoming the man I always dreamed I would be... Fit, confident, happy, with lots of options and adventures with friends and hot Women!

I would spend every hour of my day on self improvement. Audio books (at work and in the car), journaling, researching, reading, watching videos, dieting, working out, buying clothes, taking programs, analyzing, and most importantly socializing. There were many stretches where I would go out to bars, clubs, and parties 7 nights a week and talk to tons of girls. I did this all 100% sober. I have never been drunk or high in my life.

I got rejected so many times it would be impossible to count. I threw up before going to a club the first time because I was so nervous. Changing myself at this time was the hardest thing I have ever done, and I did it alone. I had to face deep rooted pain and fears that I had buried all my life. I said and did things that were ridiculous and completely out of my comfort zone. A lot of them didn’t work at first, but some eventually did.

Everybody who caught wind of what I was doing thought I was totally insane. Two of my only best friends of over 10 years completely shut me out of their lives and disappeared. I haven’t heard from them since. Even my family thought I was crazy. I was. I needed to be to dig myself out of the hole I was in. I did whatever it took to make my dreams a reality despite how anyone else felt about it.

And then it all changed

After two years of blood sweat and tears I had lost over 100 pounds, changed my entire style, and could walk into any social gathering like I was James Bond. I could get phone numbers, set up dates, and be the life of the party without knowing anyone previously.

With my new found confidence and body I also fulfilled a long standing goal of mine and became a certified fitness trainer.

I refined my techniques and put all the powerful lessons I had learned together into a system. I started to teach friends of mine this system. Out of nowhere they began to make huge changes and get girls in their lives much faster than it took me. Just by taking my advice.

What one man can do so can another

In 2009 I set out to become a dating instructor for a living and help more men make the epic transformation I made from scratch. I pledged to save guys from the pain, frustration, and crap I had to go through to finally discover what I had now. A system that got real world results FAST. I spent 3/4 of my money, dropped out of college which I was paying for, and took a program to try out for the flagship company in the industry. I knocked it out of the park and was hired to be one of the attraction masters I had only read about in books.

As a dating instructor for the last several years I embarked on a journey that was beyond anything in my wildest dreams. I got paid to travel, party, and teach all over the world. I had adventures with women that only rock stars write about in their biographies. I worked my way up and became one of the top dating instructors in the world specializing in advanced training. Most importantly I directly helped thousands of men change their lives for the better with my system.

I have done things the hard way and live by example, which has always been important to me. I don’t advocate taking advice from anyone who has not done it themselves. A kid born rich can’t teach you how to make millions from scratch. I always say that if you have to earn success as opposed to having it naturally, then success is something you can replicate time and time again. I started at rock bottom and worked my way to the top of the mountain.

If I could make something of a fat miserable introvert to a life filled with adventure then anyone can!

It is an honor, a duty, and a privilege to be able to change people’s lives and save them all the pain and time it took me. It’s my true passion and purpose.  Let’s take our lives to the next level!