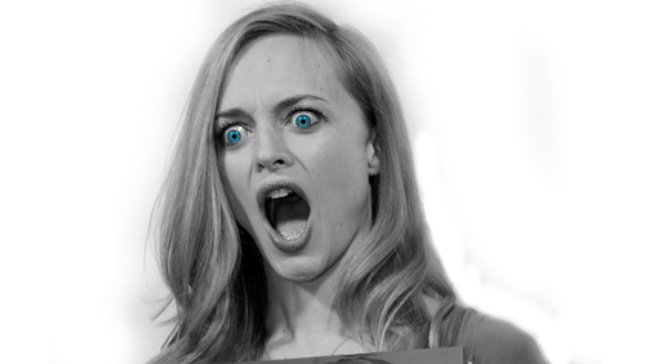 “I have a boyfriend…”

“Is that your pickup line…?”

When you’re trying to form a connection with a girl out of thin air, you are bound to run into some objections. Objections as in girls are going to give you shit and bust your balls.

Some of them may do it constantly. Most guys will crumble like a milky cookie under the social pressure of a girl giving them a hard time, but the fact that she’s messing with you can be a very good thing.

Girls will test you to see what you’re made of. This isn’t just a game they play that they read about in Cosmo. No — this is something they do instinctively to weed out the chumps from the champs.

You see, a girl wins in one of two ways when she gives a guy a hard time. The first way she wins is when the dude hitting on her can’t take her shit and walks away. Now, she doesn’t waste her time on a weak guy.

The second way she wins (this is where you will come in) is when a guy responds the right way to her shit. Now, he’s a strong and attractive man in her book.

So how do you respond the right way to her attempts to give you a hard time? I’m going to give you the 3 most common phrases a girl will say to test you, and my favorite responses to them.

This is a go-to line for girls. Even if they don’t have a boyfriend, they’ll still bring this up just to see if you’ll fold under the pressure. Sometimes it may be true, but I always say that if you don’t hear her mention him MORE than once then it is highly likely that she just made it up to test you.

If she said she has a boyfriend, my advice is to playfully ignore it and move on. It’s not a topic you want to get into. My favorite response:

“Oh totally, I do too, but we’re fighting right now over who gets to be big spoon.”

Then quickly change the subject. A line like that will show your humor, disarm the boyfriend as a non issue, and build her attraction to you.

This one can come up at any time — it doesn’t have to be in response to the opening line. My favorite way to handle this is to disagree with her and then use a cheesy pick up line instead:

Fill in the blank with any super corny pick up line. For example:

“Did we go to the same high school? Because I could have sworn we had chemistry.”
“Fuck me if I’m wrong, but is your name Ursula?”
“Do you have a mirror in your pants? Because I can see myself in them.”

Say them in an obviously joking manner. Maybe even wink at her after or raise your eyebrows a few times to make it extra cheesy. This will totally knock her off her game and should get a solid laugh if her cat didn’t die that day.

Most guys are deathly afraid of being labeled as a player. The truth is, a lot of women are attracted to players. So there’s no need to get defensive and run away when you get called out as one. You want to embrace it and even exaggerate it to a comical level.

Respond with something along the lines of:

Where as most guys will back pedal when they get accused of being a player, you want to give her some shit back and prove it doesn’t phase you.

The common theme with all these responses is to show that you can handle her giving you shit with ease and a sense of humor. As you become more comfortable under pressure, you’ll start to look forward to the moments when she gives you a hard time. You’ll be able to have fun with it and build some serious attraction.

I originally wrote this article for Simple Pickup